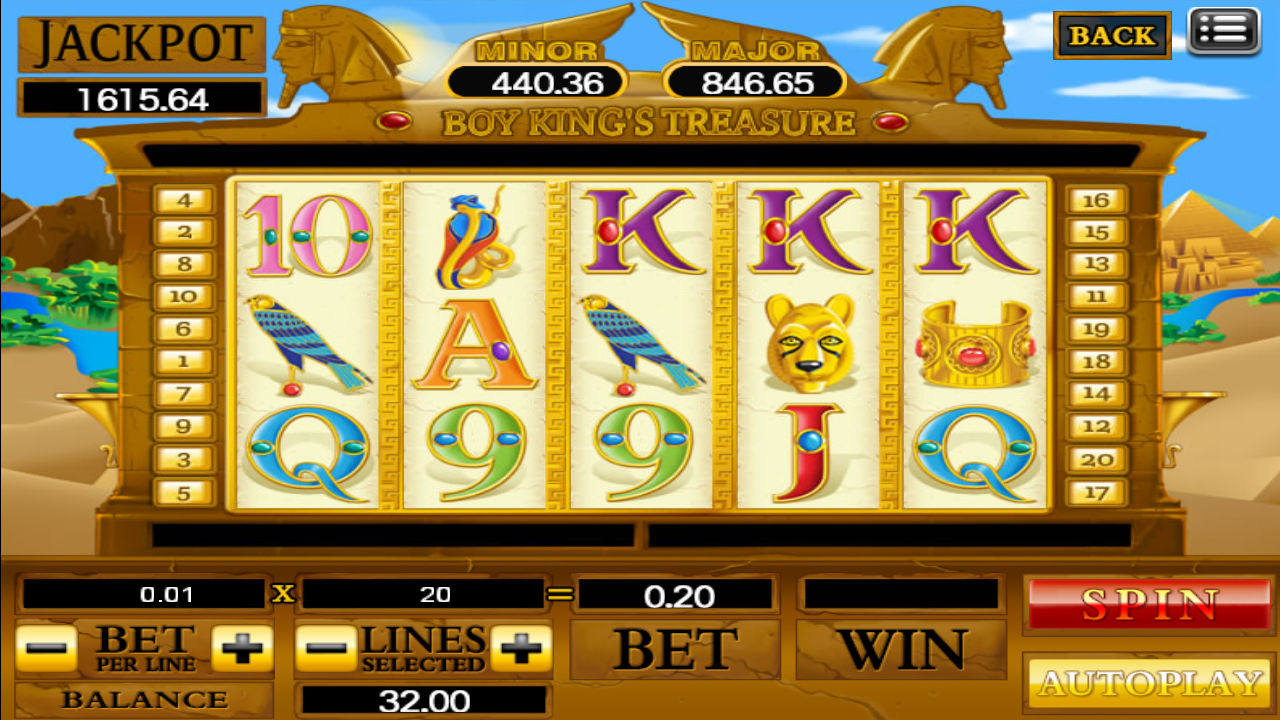 The game is finished in gold, and the look and theme of the game is taken from the Egyptian Pharaonic era. There are golden pharaohs with wings at the top of the machine, and the name of the game "Boy's Treasure" is written at the top. I also like music, sounds and lights flashing when you win, win multipliers, bonuses, or win free spins. 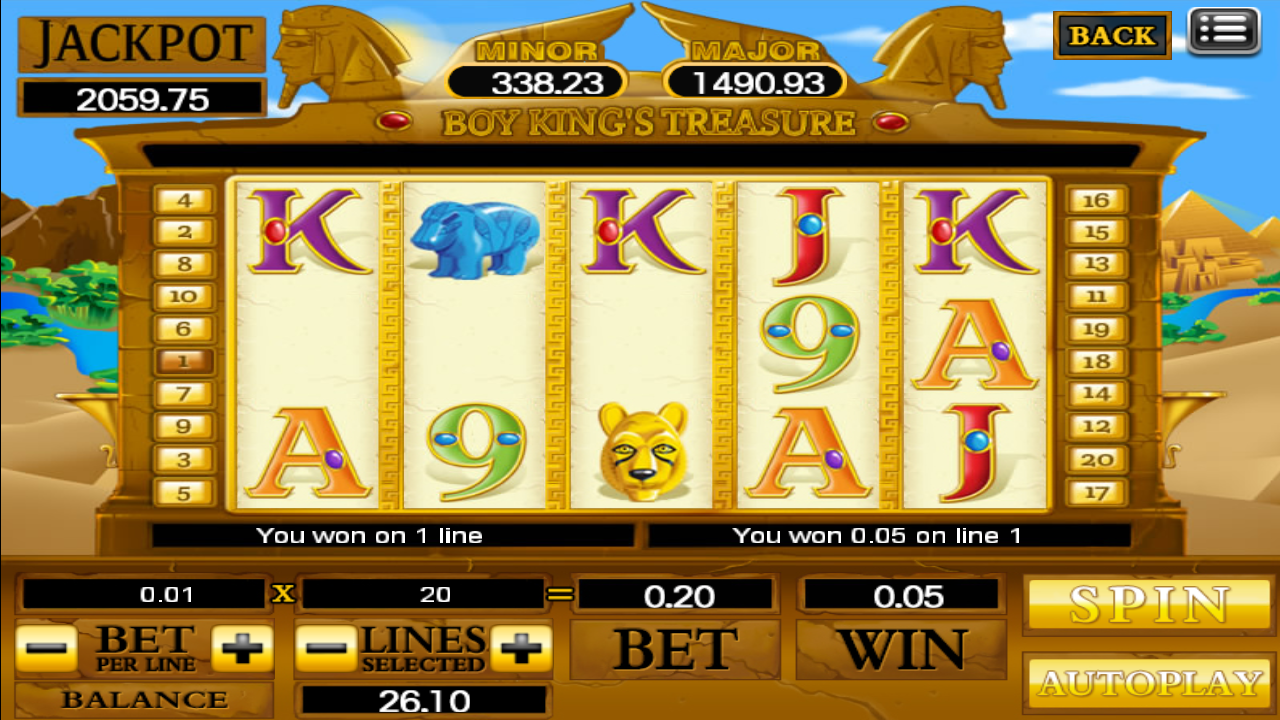 The game was named after King Tutankhamun - we call it King Tutankhamun. When he became a king, he was just a little boy. These icons are very colorful and look very detailed, very similar to what you see in movies about Egyptian kings and pharaohs or books with the same theme. There is a bird icon that is dark blue and light blue, with a golden skull and nose, and its legs are made of gold and stand on the branches. There is a snake symbolizing the cobra of the Pharaonic era, with a light blue and orange tail, and the lower part made of gold.